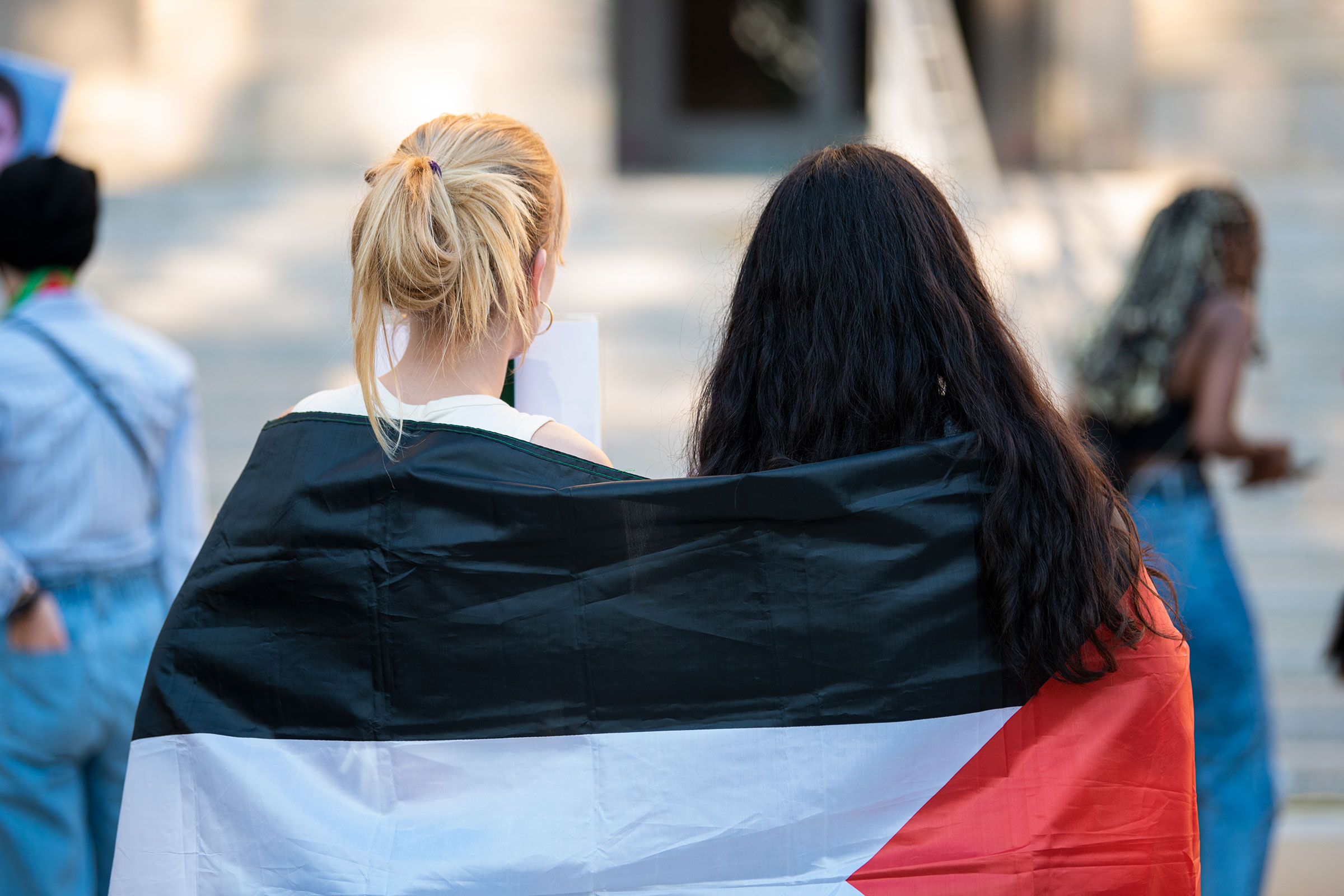 On Tuesday, June 1, we, the Executive Committee of the Students Allies for Freedom and Equality, wrote a open letter to the community and administration regarding the hostile situation on campus and in Palestine over the past few weeks. Signed by more than 23 student organizations on campus and hundreds of students, we intended to “confront the failure of the University of Michigan to condemn Israeli state-sanctioned violence against Palestinians in recent weeks. , to underline the long-standing the anti-Palestinian prejudices and prejudices that the administration’s silence has further allowed, and to demand that the university take steps to create a more inclusive campus environment, centered on the voices of Palestinians and all marginalized communities .

In our letter, we described the current injustices taking place in Palestine and the discrimination plaguing the campus, highlighting the hostility that Palestinians and their allies have historically faced and continue to face from members of the United Nations. the university community. This hostility is part of a larger anti-Palestinian environment that has existed on this campus for years, continually activated by past and present administrations. We have also begun to describe ways in which the administration can begin to reduce this hostility towards the Palestinians while encouraging and supporting Palestinian students, faculty and faculty across campus. These include demands to consider the anti-Palestinian environment on campus, to withdraw from companies that violate the human rights of Palestinians, to fight against the exclusion of Palestinian narratives from the program, to respect the right to exercise freedom of conscience in regards to college boycotts and more. Despite this, the administration has chosen to continue its inaction and even added to the hostility, as evidenced by their poor response to our letter and the tradition continues to fend off the cries of Palestinians on campus.

On Wednesday, June 2 – the day after our open letter was published – we received the following response from University spokesperson Rick Fitzgerald, on behalf of University President Mark Schlissel and other leaders of the UM.

Given the heightened hostility and sectarianism that Palestinian students and their allies have faced over the past few weeks and years, this is a wholly inadequate and inappropriate response from the administration of the United Nations. ‘a leading public university that seeks to pride itself on diversity, equity and inclusion. . Our first questions to the leaders of the UM who participated in this answer: What does this bring to the students? How does that support a Palestinian student “suffering a lot of pain and loss”? While the University has still not disengaged from companies that violate Palestinian human rights, addressed the exclusion of Palestinian narratives from the curriculum, or ignored the anti-Palestinian environment. -palestinian raging on campus, how is that anything other than empty talk?

Again, as an administration, you push us away and ignore our concerns. You recognize that words cannot express this type of suffering, but we are not asking for words. We ask you, as leaders of this university, to act for once on behalf of your Palestinian students and members of your community.

In your response, you have deliberately chosen not to acknowledge, respond to or act on any of the concerns or requests that we described in our letter. We put our suffering into words for you, and all we got was a weeklong child declaration which simply recognized “pain and loss” and hastily added links to “support” resources. Resources that time and time again have failed to help us. You have failed to improve the experiences of Palestinians on campus, and you have failed to correct the damage that this university continues to do. We have not asked you to direct us to underfunded mental health resources or campus offices that lack the power to enact the necessary changes. We demand action that will radically change the campus environment for Palestinians. We need concrete policies that will improve the way the University approaches Palestine as a whole.

You also state in your response that “at the University of Michigan we denounce all forms of bigotry, hatred and violence wherever they occur”. Yet, over and over again, we have spoken of our experiences of fanaticism and hatred on campus to no avail. You cannot say that you are speaking out against all forms of bigotry and hatred when you are not actively doing anything to combat it, turning a blind eye because your Palestinian students are being targeted. You can’t just acknowledge that community members are hurt and then do nothing concrete to reflect how the University is a catalyst for that hurt.

On June 9, President Schlissel sent a campus-wide email titled “Supporting Each Other During the Israeli-Palestinian Conflict.” First, the occupation of Palestine is not a “conflict”. This term implies that two equally powerful entities are involved in some sort of dispute. Palestine has no army or billions of dollars in military funding from the United States. Palestinians in the West Bank live under a brutal army every day Occupation with little no right. Palestinians living in the occupied territories are attack and killed by settlers in the streets. Palestinians in Gaza live under suffocating rule seat for over 14 years. Even Palestinians living in the diaspora suffer from Israel’s apartheid regime because they are refuse the right of return. When deciding to make statements that acknowledge the suffering, make sure you can distinguish the abuser from the victim.

While we would not have done everything possible to paint the LGBTQ + pride flag on the Rock, it was only when there was anti-Zionist sentiment that you chose to post a declaration despite weeks of disfigured and overcast pro-Palestinian sentiment. And let’s be clear in stating that he is intellectually false to confuse anti-Zionism with anti-Semitism as some members of the UM community have done. This course of action on your part indicates the lack of prominence and representation that Palestinians have on this campus. It also shines a light on the Palestinians and their allies by falsely claiming that they perpetuate hate speech and anti-Semitism when the rhetoric found on the Rock only criticized Israel as a aside State with documented human rights violations. University Regent Jordan Acker also appears involve the message deliberately moves the pride flag, which is an example of rose wash – referring to the moment when a country, a government or an organization “calls for LGBTQ + rights in order to divert attention from its harmful practices”. As administrators, you have only proven that you do not care to understand the experiences of members of your Palestinian community. You are only prepared to take effective action when it comes to rightly challenging Zionism on campus, but you will not do the same when it comes to your Palestinian students who have been victimized. of hatred and fanaticism for years.

Additionally, in an interview published by the Michigan Daily on June 11, Fitzgerald said, “We are in constant contact with Hillel to make sure these students have the resources they need and the support they need, just like us. do it with other student groups on campus whenever there is a hate message that targets. President Schlissel’s letter also claimed that the Student Life Division “works closely with students affected by the conflict and offers them support.” Yet despite everything Palestinian students have faced in recent weeks, SAFE – the only official Palestinian solidarity organization on campus – has not been contacted or contacted beyond responding to our open letter. .

We reject your inadequate response to our open letter as well as your subsequent actions and statements, and we reiterate the original demands of our letter: “So we, the Student Allies for Freedom and Equality (SAFE) and our allies, demand that the University of Michigan issue a public statement condemning anti-Palestinian sentiment on campus, apologizing for UM’s role in allowing this evil to go unanswered for so long, and pledging to take concrete measures the University will take to correct the damage it has allowed. “We are ready to work with you to create a better campus for Palestinians, as soon as you decide that we deserve an administration that actively cares about us and fights for us.