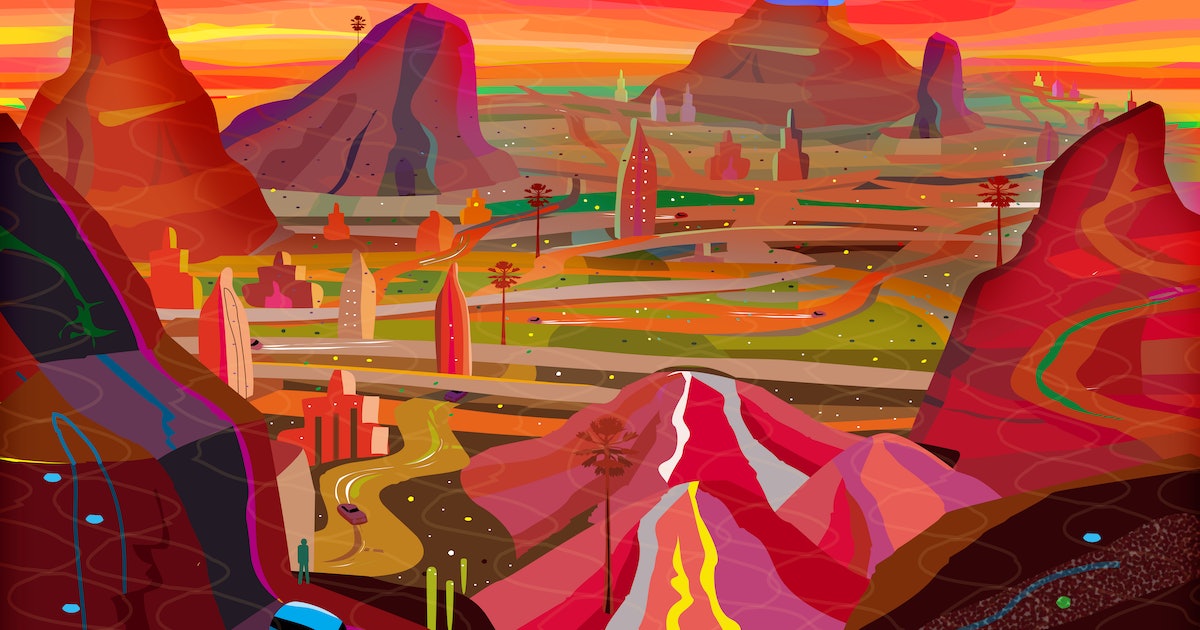 There are many types of rocket fuel.. Some are more useful on a particular planet. And some can be created by bacteria. A team from Georgia Tech has found rocket fuel with an interesting mix of these characteristics that could be a focal point for in situ resource use – on Mars.

2,3-Butanediol may not be a household name like methane, which is commonly used as rocket fuel on Earth. It is mainly used in the manufacture of rubber products. But it packs a punch when burned with liquid oxygen (LOX). Enough of a punch to be able to lift a spaceship into orbit on the red planet.

UT video discussing the use of resources on different worlds to create valuable materials.

In addition, 2,3-butanediol is relatively easy to synthesize. All it takes are bioreactors and CO2. The bioreactors, which are the size of four football fields in the proposal described by the GT team, contain a multi-step process that begins with cyanobacteria (also called algae). Cyanobacteria are said to photosynthesize as part of their natural life cycle, absorbing CO2 from Martian air.

Once the algae has done its job, it is introduced into enzymes that break it down into complex sugar molecules. These sugars are then administered to another bacterium – E. coli, a favorite of biology students around the world. Feasting on the sugars of dead cyanobacteria, E. coli produces 2,3-butanediol, a type of rocket fuel, which must then be separated from the general bioreactor soup.

At the end of the process there is a propellant (2,3-butanediol) which can react with an oxidant. Fortunately, this process also creates pure oxygen as a byproduct of one of the steps. So a single process can extract CO2 from Mars’ atmosphere and produce both the oxidant and the propellant needed for rocket fuel. The traditional rocket propellant, such as methane, must be shipped from Earth if it is to be used in remote areas like Mars. The costs of these expeditions could run into the billions of dollars for the amount of rocket fuel needed to bring a human-laden ship back to Mars.

So why had 2,3-butanediol not previously been proposed as a solution to this costly problem of creating rocket fuel? Because it’s not particularly good, at least on Earth. Mars has a much smaller gravity well, which allows fuels with less power behind them to effectively launch a rocket into orbit. In addition, the lack of oxygen in the atmosphere makes 2,3-butanediol a much more attractive choice for propellant.

In-orbit refueling could be a game-changer, as this video from UT shows.

While this sounds like an idealized process of creating a precious resource out of literally thin air on another planet, there are some hiccups that need to be overcome first. The first is whether cyanobacteria and E. coli can live in the Martian environment. Its harsh atmosphere and constant radiation bath can quickly weaken living organisms, and it would likely be too expensive to enclose the rocket fuel farm in an environmental dome. So for the process to work, these resistant bacteria will have to operate in the open Martian atmosphere.

There are simulation chambers where this work could be done before a full-fledged mission to Mars is planned. And that’s exactly what the GT team hopes to do soon: test their process in a more realistic model of the arid Martian climate. With luck, they’ll help introduce a new kind of organically grown rocket fuel to the mix on Mars.

This article was originally published on Universe today by ANDY TOMASWICK. Read it original article here.