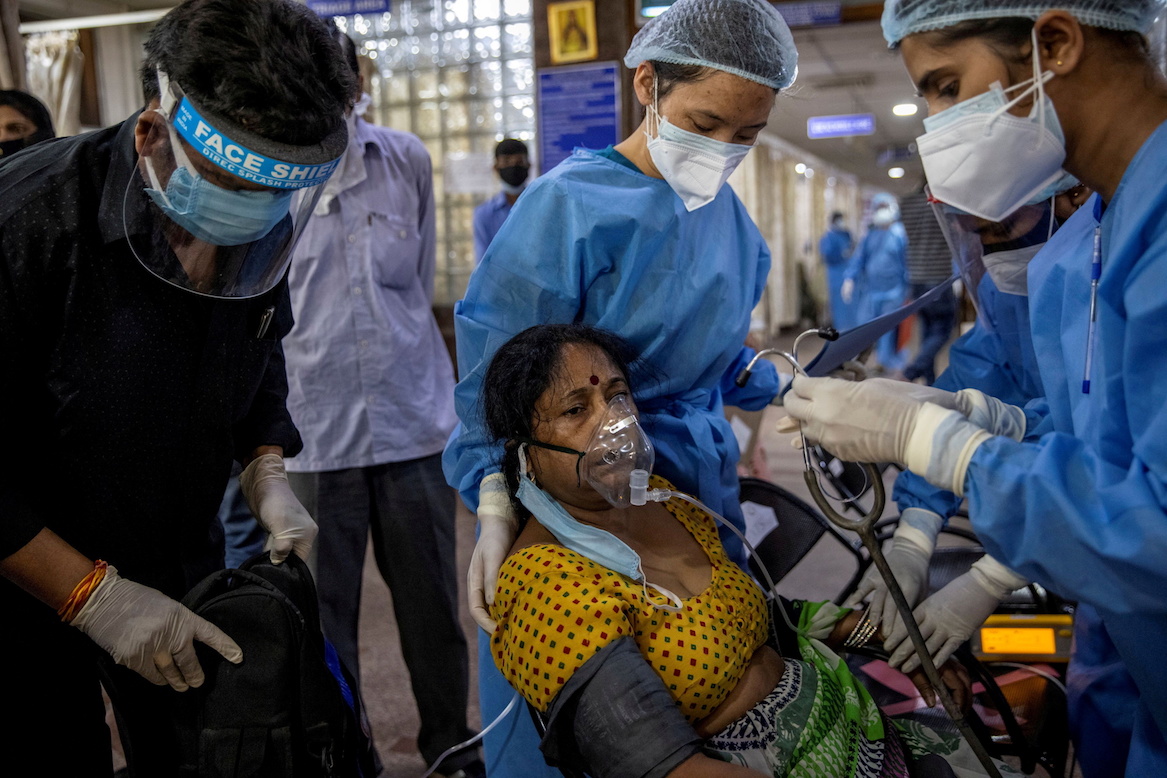 As the second wave of the COVID-19 pandemic recedes in India, the desperation for oxygen, therapeutic drugs, hospital beds and testing supplies has subsided for the time being.

While it is still too early to analyze precisely the damage caused to the Indian population, estimates suggest that the true extent of infections in the country has been as high as 400-700 million. Even a conservative death rate of around 2% suggests the second wave hit India on a staggering scale.

How do Indian households live? How has the landscape of economic opportunities changed? Who is the most vulnerable? Much of the academic literature at the intersection of public health, demography, and economics provides two important pieces of information.

The first idea, perhaps obvious, is that pandemics deplete human capital through mortality, morbidity and disruption of investments in health and education. A second more subtle idea is that in the absence of social support, economic downturns can further deplete human capital and delay recovery in the long run.

A lot studies have shown that pandemics have adverse effects on the economy. In India, the macroeconomic impact is already evident. the world Bank reduced India’s gross domestic product growth projection for FY2022 (which began in April 2021) to 8.3%. The projection is based on optimistic assumptions about India’s immunization program and warns that “the outlook may be weaker if the vaccination does not proceed as quickly as expected”.

Economic headwinds are also likely to emerge with significant loss of life and productivity among Indian adult workers. Although data on infection rates by age are scarce, local studies provide clues.

A Maharashtra study found that until December 2020, COVID-19 accounted for about 5.3% of deaths in the state and increased the premature death rate of working adults by up to 36%. Given that the second wave was much deadlier, we can expect these numbers to be considerably higher and the burden on adult workers to be greater.

Many survivors in these age groups are still recovering from infection. Recent research suggests that these survivors may face a decline in â€œhealth-related quality of lifeâ€ that can last â€œweeks and even months after infectionâ€. Post-acute COVID syndrome or “long COVID” affects approximately one the third of all survivors and is associated with long-term symptoms such as chronic fatigue, shortness of breath, heart palpitations, persistent loss of smell and “brain fog”.

There is also proof that the disease can have serious and potentially lasting effects on the brain, with impaired cognitive abilities. Loss of life and reduced capacity among working-age adults can have strong knock-on effects within households, which may be forced to remove children outside of school and reduce their investments in other health inputs.

The result is a poverty trap where low investment in human capital perpetuates reduced capabilities for the next generation.

Pregnant women and young children are particularly vulnerable in these circumstances. Even indirect shocks to the health environment of pregnant women can have important long-term intergenerational consequences. A recent study also showed that children who are exposed to the H1N1 virus in utero have reduced life expectancies and worse socioeconomic and health outcomes at older ages than surrounding birth cohorts.

Many Indian families with working adults and young children were struggling even before the pandemic hit. In 2018, the unemployment rate was already at a peak of 45 years. India has been noted as’swim against the tide‘to harness the benefit of the’ demographic dividend ‘, the temporary increase in the number of working adults that occurs as a result of rapid declines in fertility, in large part due to long-term underinvestment in human capital .

The pandemic has induced even higher levels of automation; a shift in the demand for skills; and limited growth in low-wage jobs. For those who are initially economically vulnerable, the opportunities for reconstruction are complicated.

These pressures are particularly important in the informal sector which currently employs more than 90 percent Indian women workers and 86 percent of male workers. During the first containment in April 2020, 120 million people (106 million men and 17 million women) lost their jobs. The lack of insurance and economic protection in this sector has left people vulnerable to hunger, unemployment and homelessness. Women have been particularly affected. They were 20% less likely than men to find a job after the lockdown.

Investing in pregnant women and young children in the aftermath of the pandemic depends on the participation of workers in â€œtouchingâ€ professions such as nursing and preventive health services.

During the pandemic, one million accredited health social activists, all women, complained about working conditions on the front lines. They report a lack of adequate protective equipment, irregular pay and hostile working conditions.

Even in affluent hospitals, nurses, widely (and wrongly) considered â€œunqualifiedâ€ in the Indian cultural context, are without sufficient support. Addressing these concerns is a step towards long-term resilience and economic recovery.

India’s long-term economic outlook is closely linked to the health and resilience of its people. Policies such as cash transfers, direct aid, employment programs, subsidized food programs, and policies aimed directly at protecting children’s nutrition, health and education can protect Indians from the combined effects of the virus. and the vulnerable economy.

Scientists and experts who sidelined by policy makers in the months leading up to the crisis have already called for a coordinated, evidence-based and participatory response on the health front. The same goes for human development. This is the best route to long term recovery.

Shareen Joshi is Associate Professor at the Edmund A Walsh School of Foreign Service at Georgetown University.