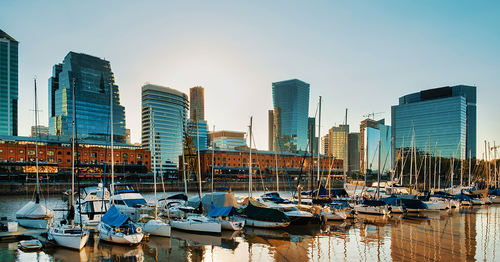 For the few Latin Americans with vast inherited or accumulated wealth, 2020 has been a very good year.

However, private banking in the region is changing. Large international banks are abandoning some Latin American markets while increasing wealth management services in others.

Regional banks, on the other hand, are striving to strengthen their sector and offer a full range of international investment vehicles. LarrainVial clients, for example, sought diversification last year, showing a particular interest in equities from emerging Asian countries, explains Gonzalo Córdova, head of wealth management. Córdova attributes the rapid adaptation and well-coordinated support of internal partners in compliance, risk, strategy and technology to the bank’s 2020 growth of both assets under management (AUM) and customers.

In Brazil, private banks increased their assets under management by 24.3% in 2020 to $ 312.5 billion, according to the Brazilian Association of Financial Market and Capital Entities. The sector has attracted over 10,000 new customers. Low to zero real interest rates have pushed client interest beyond simple vanilla to variable income instruments, new asset securitizations, venture capital, IPOs, and more. The new independent private banking digital platforms willing to welcome clients with smaller fortunes were a second major driver of change.

Rogério Pessoa, co-head of wealth management at BTG Pactual in Brazil, says BTG’s assets under management in this segment grew by 54% last year. Adding lower-tier qualified customers, the bank saw an 80% year-over-year jump in March, to $ 61.5 billion. BTG’s earlier technology investments have helped it capitalize on the “frenzy” of the Brazilian private banking market, Pessoa says. “Our customers’ experience today is completely different than it was three years ago,” he adds, “and in 24 months everything will be changed again.

BTG is improving its offices in Miami and New York to better serve Latin American customers than the sometimes fickle giants. Last year, JPMorgan Chase sold its operations in Brazil to Bradesco and this year abandoned Mexico, moving those clients to BBVA. The Bank of Montreal also recently abandoned Mexico. “We deal with Latin American clients like no one else,” Pessoa explains. “Our main market is Latin America, where we are the main investment bank.

In Colombia, Bancolombia has attracted its private banking clientele to international equity markets, in particular the United States, driven by IMF estimates for US economic growth of 6.4% in 2021. “We are planning major investments by our customers in the US equity market, even with the risks there, ”says Juan Felipe Giraldo, president of Valores Bancolombia, which increased its total assets by 4% last year. Giraldo observes that wealth management in Colombia has attacked foreign competitors, but the bank’s ESG funds have turned out to be attractive.

Banco Cuscatlan doubled its private banking clientele in one fell swoop when it acquired Scotiabank’s wealth management operations in El Salvador last year. It now serves some 1,200 high net worth individuals with $ 300 million in assets under management, which is impressive in a small Central American economy where less than 1% have the $ 500,000 to qualify for private banking services.

Its private bank could be bolstered by a government effort, already underway, to build an offshore financial center. “We hope to manage here the Central American wealth which is today invested abroad”, declared José Eduardo Luna, executive director of Banco Cuscatlan. He estimates that the implementation will take another two years, taking into account the necessary legislative changes. “The fact that El Salvador is a dollarized economy close to the United States, and a hub of Avianca, favors this project,” says Luna. “[It could] bring to our private banking sector the deposits of the richest citizens of our neighbors.

One thing seems clear: the richest in Latin America will continue to enjoy a plethora of options.