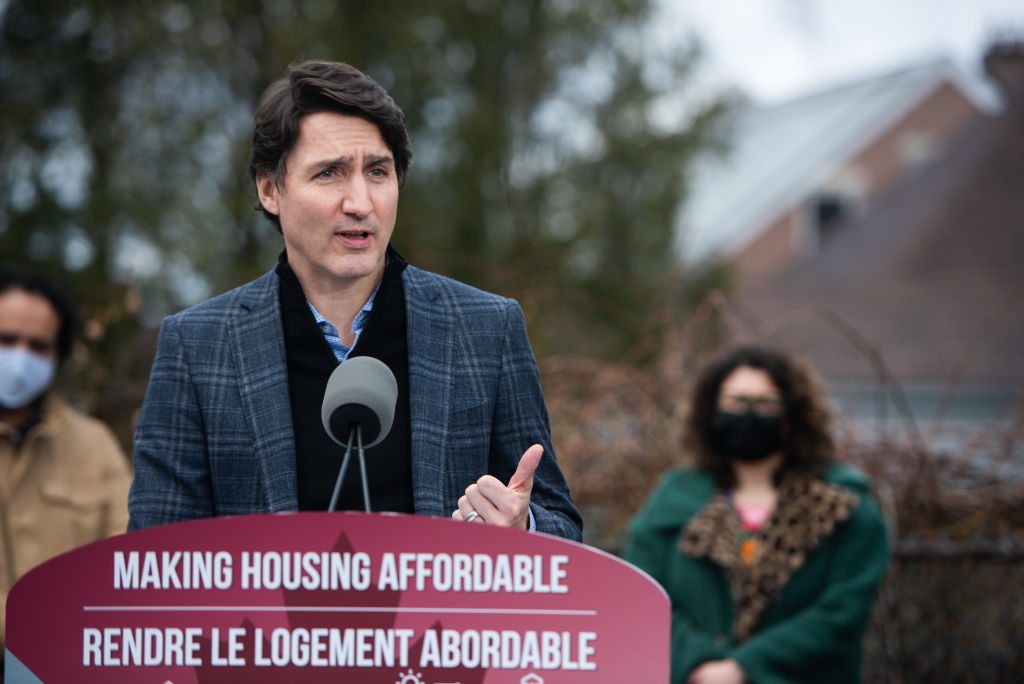 In Canada, the Liberal government tabled its 2022 budget, the second by Finance Minister Chrystia Freeland. Presented as a responsible and prudent plan, the budget hardly deviates from market orthodoxy, proposing policies focused on a handful of priorities, including dental care, housing, climate and military spending.

In his address to the House of Commons, Freeland cited a jobs boom, falling unemployment and real GDP growth as proof that “Canada is back strong.” In a remark recalling Bill Clinton’s 1996 State of the Union statement that “the age of big government is over,” Freeland noted, “Our ability to spend is not infinite. The time for extraordinary COVID support is over.

Stating his party’s intention to return to business as usual, Freeland asserted that “we will review and reduce government spending because it is the responsible thing to do.” This means the Liberals are focused on lowering the debt-to-GDP ratio and reducing deficits, with the goal of paying down the debt. Understanding the budget as a faithful restoration of budget savings provides a useful framework through which to unpack its details.

The budget contains a handful of progressive measures, including a signature policy for public dental care. The New Democratic Party, which entered into a supply and confidence agreement with the government, fought for the program. It will benefit millions of Canadians despite its significant limitations, including a phased introduction for segments of the population, means testing and co-payments for those earning more than $70,000.

Even with dental care in perspective, the budget is basically a conservative plan. It is rooted in the market orthodoxy of fiscal responsibility and corporate assistance. It has also pledged to operate within the structural status quo of a market system that struggles to address key policy challenges across the country.

On housing, the budget promises to boost the stock with a Rapid Housing Initiative and a Housing Acceleration Fund. He also promises to double the tax credit for first-time buyers and introduce a tax-free home savings account – a tax-deductible regressive vehicle (“tax-free in, tax-free out”) ) that will disproportionately help wealthy shoppers. In a populist and scapegoating move, the Liberals will “prohibit foreign business enterprises and persons who are not Canadian citizens or permanent residents from acquiring non-recreational residential properties in Canada for a period of two years.” Of course, domestic speculative capital will undoubtedly claw back any lost opportunities for foreign real estate investors.

The budget does not affect the financialization of housing in any meaningful way, even though it stimulates demand. It does not include an end to the tax exemption on the sale of his main property or a plan to end speculation. It does not support the decommodification of housing or the mass construction of social housing. He promises a “federal review of housing as an asset class, to better understand the role of big business in the marketplace and the impact on Canadian renters and homeowners.” In other words, the Liberals are determined to move forward.

However, there will be money to fund housing co-ops and build 6,000 homes. It’s welcome, but it’s not enough to move the dial noticeably on non-market housing. Meanwhile, house prices across the world continue to soar to an average of almost $800,000 – up 17% year-on-year at the end of 2021. The supply of six thousand co-op housing units is a small porridge in a country where, in the past two decades, housing costs have risen 375 percent.

Climate change remains an existential threat to humanity. The recent report by the Intergovernmental Panel on Climate Change found that countries were behind on their climate pledges, with the world on track to exceed the 1.5 degree warming target, heading towards a devastating and destabilizing warming of 3 degrees. The budget is littered with climate initiatives with varying promises, but it remains firmly rooted in a capitalist cycle of produce-consume extract and waste.

The Liberals promised to expand incentives for zero-emission vehicles and to inject money into the private sector to guarantee the supply of essential minerals for, among other things, the batteries needed to manufacture these vehicles. The plan is rooted in maintaining an unsustainable car culture, tied to a mining industry that will contribute to more climate change.

The budget also pours money into dubious carbon capture and sequestration programs – the climate technology missile shield. It should be noted that the budget was tabled the day after the government approved the North Bay deepwater oil project, which is expected to produce around 300 million barrels of oil during operation.

The 2022 budget is decidedly a status quo budget with a handful of welcome and insufficient offers that fail to increase public spending enough. Writing for the Broadbent Institute, Senior Policy Advisor Andrew Jackson points out:

Federal program spending will be just above 15% of GDP after special pandemic and recovery programs expire. This compares to about 14% in the last year of [Stephen] Harper government. Federal revenues increased by only 0.5% of GDP over the same period.

Liberals like to use the debt-to-GDP ratio as a fiscal anchor to justify spending. It’s perfectly fine. But it follows that using social program spending as a percentage of GDP is an equally reasonable way to assess spending – and on this measure the Liberals are little better than the Conservatives they replaced. .

Recent spending includes $19 billion for sixty-five new fighter jets. With Canada’s focus on the Arctic and cyber operations, the disruption caused by the Russian invasion of Ukraine, and growing talk of securitization, this is unlikely to be the last increase the armed forces will see in the years to come.

Canada’s Budget 2022 mobilizes familiar priority areas and familiar ways to address the policy challenges within them: the same mode of production, the same corporate giving, the same modest spending on social programs. Deficit hawks may decry total spending — tens of billions in new money — but as a percentage of GDP, the fiscal plan is modest, its methods orthodox. Moreover, with a promise of restraint, prudence and an emphasis on controlling the deficit and the debt, the specter of a downturn is never far away.

The budget is unlikely to solve one of the main political challenges facing the country. Of course, few budgets can be self-sufficient. But this budget shows no interest in putting the country on a path to disrupting the economic and social institutions that are producing these challenges in the first place – challenges that have been highlighted by COVID. The lessons of the pandemic have apparently had no effect on liberal politics. The party tabled a status quo budget despite the persistence of problems that call for something new.