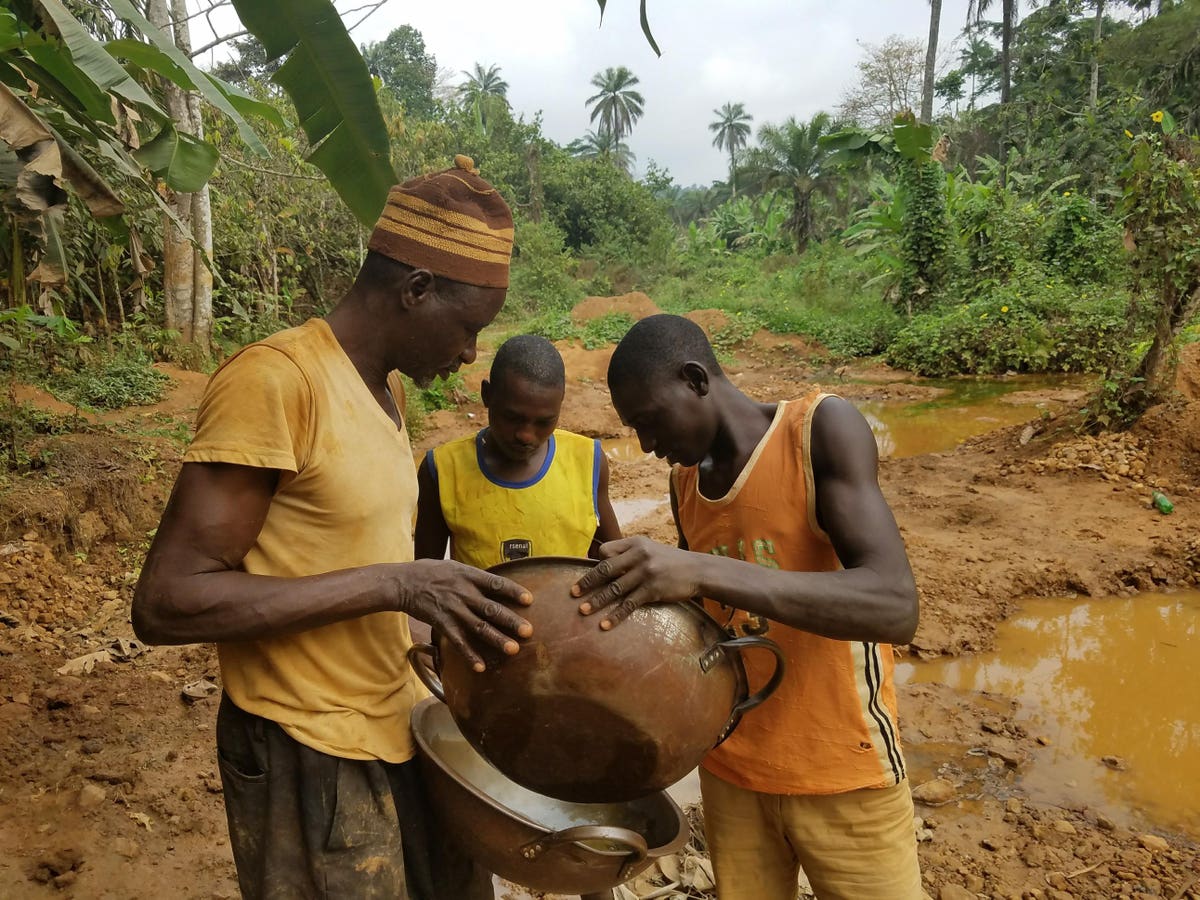 El Salvador’s decision to recognize bitcoin as legal tender is puzzling to the majority of people who still see cryptocurrency as a speculative bubble or a Ponzi scheme.

The arguments against such adoption are, on the surface, quite logical.

The price of Bitcoin is volatile – on May 19, for example, it fell 23% in two hours – so it appears to fail the most basic test of all currencies: acting as a ‘store of value’.

This, in turn, hinders its ability to serve as a “unit of account” – another key test. Retailers cannot price their goods in BTC, as these prices are expected to change continuously throughout the day. And even then, the “real value” of commodities would still be pegged to a more stable unit of account, such as the US dollar. If the price of an apple increased in terms of BTC, it wouldn’t tell you anything about the value of apples; it would just mean bitcoin is having a bad day.

There is also the problem of the “medium of exchange”. For a currency to have influence, everyone in the economy must be willing – and practically able – to use it on a daily basis.

Critics see a multitude of problems in this. Of course, El Salvador can pass laws that require its retailers to accept bitcoin. But many governments try to force citizens to do things they don’t want – and citizens invariably find a way out. In a predominantly monetary economy like El Salvador, the way out is obvious. And what about those high transaction fees? Why would someone buy a $ 1 newspaper with Bitcoin when the cost of engaging with the network is often around $ 10?

If there’s one mistake bitcoin enthusiasts make when hearing these concerns, it’s being dismissive.

Better to acknowledge the criticism; admit that bitcoin is an immature asset that can still be improved; and explain why some of these improvements are closer than many people think. Close enough, even, to bear fruit in 2021.

Let’s start by considering How? ‘Or’ What a bitcoin standard can improve life in El Salvador. It is a model that can and likely will be replicated in the developing world, triggering the biggest shift in global wealth creation in centuries.

Do you have corn?

To understand how Salvadorans get involved in their economy, we need basic economic data for the country.

First and foremost: it’s poor. Real GDP per capita is only $ 8,891, according to the International Monetary Fund, or less than $ 25 per person per day. Every penny counts. Another important point: about a fifth of the money circulating in the economy is sent to El Salvador by citizens living and working abroad. These remittances are a lifeline for the country. They totaled $ 6.8 billion in the past 12 months, according to the Central Reserve Bank of El Salvador.

So what can bitcoin bring to the party? Two things. In the short term, it can ensure that more of these remittances go to their intended recipients, rather than being diverted by middlemen. In the longer term, it can also give Salvadorians the chance to hold a currency that is designed to increase in value over time, instead of depreciating.

The short-term argument is indisputable. Money transfer companies like Western Union
, WorldRemit, and Xoom charge a fee for sending money across borders. These are companies that provide a service, after all, and they have to be paid. It is the impoverished El Salvadorians who pay them – perhaps $ 440 million a year, given the 6.5% average fee of the global remittance industry. Bitcoin’s network fees are much lower.

The longer term perspective, however, is difficult to conceptualize for many.

Westerners, in particular, find it difficult to understand how a 12-year-old digital currency dubbed “magical internet money” could be safer to hold than the US dollar, which has long been recognized as the world’s only reserve currency. The answer is actually quite simple: The Federal Reserve, the US central bank, exploits the trust placed in it by inflating the money supply to meet its macroeconomic goals. As Federal Reserve Chief Neel Kashkari said in a now infamous interview with CBS: “There is no limit to our ability to [flood the system with money] … There is an infinite amount of money in the Federal Reserve. “

The good or bad of this approach can be debated elsewhere. What is not debatable is the simple fact that printing money does not, by itself, create wealth. And if total wealth remains constant, a higher money supply translates into a lower proportional value for each individual currency unit, in this case, each dollar. This is a roundabout way of describing inflation.

No wonder citizens of Latin America – a relatively poor region with a history of hyperinflation – so readily embrace this concept. They have a bitter personal experience: in Venezuela, the local currency, the bolivar, has been devalued so blatantly that banknotes are now worth more as novelty items than as cash. It will not happen to the dollar. But a steady decline in its purchasing power through inflation is already underway. And it is the citizens of developing countries with dollarized economies, like El Salvador, who are at the forefront of Federal Reserve policy.

Why? Because, unlike the richest Westerners, they are completely excluded from the benefits of a higher money supply.

They cannot allocate their available capital to nominally appreciating assets – property, precious metals, fine art, etc. their available capital is far too small to be invested effectively (remember: $ 25 GDP per person per day). Worse, the majority of them cannot even earn interest to protect their meager savings: 70% of Salvadorans are unbanked.

It is in this perspective that “magic Internet money” with a permanently fixed offer becomes rather attractive.

There will never be more than 21 million bitcoins. That’s a maximum of 0.00269BTC (worth $ 108 at the time of writing) for every human living today. If more of the world’s citizens embrace the currency, the increasing demand will inevitably increase the value of each coin.

Ask yourself: what would you do if you lived in one of the poorest countries in the world and had a choice between building your savings in dollars; build them in bitcoin; or split your money between the two? Would you place your trust in a foreign government that you hope will act in your best interests; would you place it with a global community of geeks who claim to democratize finance with new technologies? or, would you like to hedge your bets? For many people under the age of 30, the first option is the least attractive.

But what about those concerns that I expressed earlier? Let’s address each one individually:

El Salvador’s decision to recognize bitcoin as legal tender should not, by itself, persuade anyone of the merits of cryptocurrencies.

What it should do is present a case study to the rest of the world on how developing countries can break free from US financial hegemony. It is deplorable that the richest people on the planet got richer during the covid-19 crisis, due almost entirely to the selfish monetary policies of Western central banks. The fact that these same policies make the world’s poorest citizens even poorer – due to the debasement of U.S. dollar cash holdings and inflation in global real estate markets – adds insult to injury.

Salvadorians have the most incentives to succeed in their Bitcoin experience.

If they succeed, more countries in Latin America, Africa and Asia will follow. Many seem determined to do it anyway. And with each new country that takes the plunge, deflation will reward early adopters with disproportionate capital growth. Citizens who choose to save a percentage of their money in bitcoin are holding, perhaps for the first time in their lives, an asset class that has a significant impact on their quality of life.

The best part? The very last countries to adhere to the bitcoin standard will be those with the most to lose: Western nations, whose monetary systems benefit directly from the inability of developing countries to create and preserve wealth.

Surely this is music to the ears of anyone who cares about tackling global inequalities.

Financial Disclosure: The author has owned bitcoin since 2013.