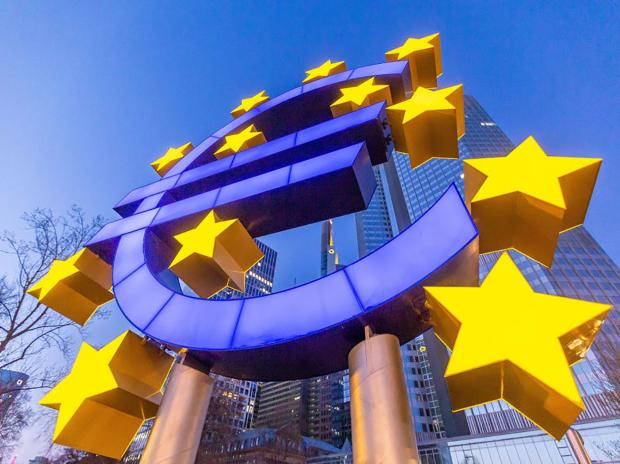 As the world barely goes through the worst of an unprecedented crisis, central bankers are already wondering if the next one isn’t around the corner.

From Washington to Frankfurt, what started months ago as a whisper of concern has turned into a chorus as officials ask if a risk-taking frenzy in multiple asset markets could portend a destabilizing rout. that could derail the global recovery.

As recently as last week, the European Central Bank and the Bank of Canada reported growing threats, aware of the downturn that followed during the 2008 financial crisis. Meanwhile, Bitcoin’s dramatic swings after a warning about People’s Bank of China cryptocurrencies have shown just how sensitive some markets have become.

Central banks bear some responsibility for the fervor of financial markets after huge doses of stimulus and injections of liquidity to keep economies afloat. The resulting dynamism is at least in part a euphoric effect, applauding a resurgence in growth the magnitude of which can only be guessed – with possible repercussions ranging from a mild boom to an inflationary spiral. .

“Where we see more exuberance is around growth expectations,” Max Kettner, strategist at HSBC Holdings Plc, told Bloomberg Television. “Particularly in the United States, they’ve been brought up to an enormous degree. So it is, I think, exuberance.

Market speculation has led to high volatility of late, including wild gyrations and declines in Bitcoin from an all-time high above $ 60,000 in April. More traditional assets are also struggling, with rates on German safe-haven bonds, for example, climbing around 50 basis points this year, for the first time closing in positive territory over two years.

The Eurozone institution observed the threat of economic fallout from, for example, a correction in the US stock market. Bank of Canada officials expressed similar concerns a day later and pointed to the housing market as continued price expectations increase fuel purchases.

Three weeks earlier, a Fed policy meeting turned to a stability debate, where attendees observed a “high” risk appetite and discussed the dangers posed by hedge fund activity. In a subsequent report, they warned of “vulnerabilities” and “strained valuations,” exacerbated by high corporate debt.

Meanwhile, Bank of England Governor Andrew Bailey recently wondered aloud whether stock speculation and Bitcoin themselves could be a “warning sign”. And a Norwegian official said cryptocurrency volatility could threaten lenders if their exposures continue to rise.

Central banks have had nagging concerns for some time. Already in January, ECB chief market officer Isabel Schnabel told her colleagues that stocks could become vulnerable to a “wider revaluation”.

In China, with a cycle of recovery more advanced than in the United States, the first banking regulator revealed in March that it was “very worried” about bubbles, specifying real estate investment “very dangerous”.

Perhaps this is in part what UBS AG CEO Ralph Hamers had in mind at the end of April with his own alarming opinion. Noting “bubbles in certain asset classes,” including real estate, he told Bloomberg Television that “we are getting closer to the top.

Some leading central bankers are trying to be bullish despite the flashing warning lights. After the Fed’s decision in April, Powell insisted that “the overall picture of financial stability is mixed but overall it is manageable.”

ECB Vice-President Luis De Guindos, whose job includes preparing his institution’s threat assessment, reversed his worried tone last week by saying that the economic risks are “much more balanced than in the past”.

The difficulty for central banks is to manage the consequences on asset prices of their monetary policies, a challenge that has plagued them since the 2008 calamity. Periodically, this makes institutions like the Fed the target of criticism.

“Central banks are desperate for insurance, for certain,” said James Athey, chief investment officer at Aberdeen Asset Management Plc. “It also means that they are keeping politics way too easy for far too long.”