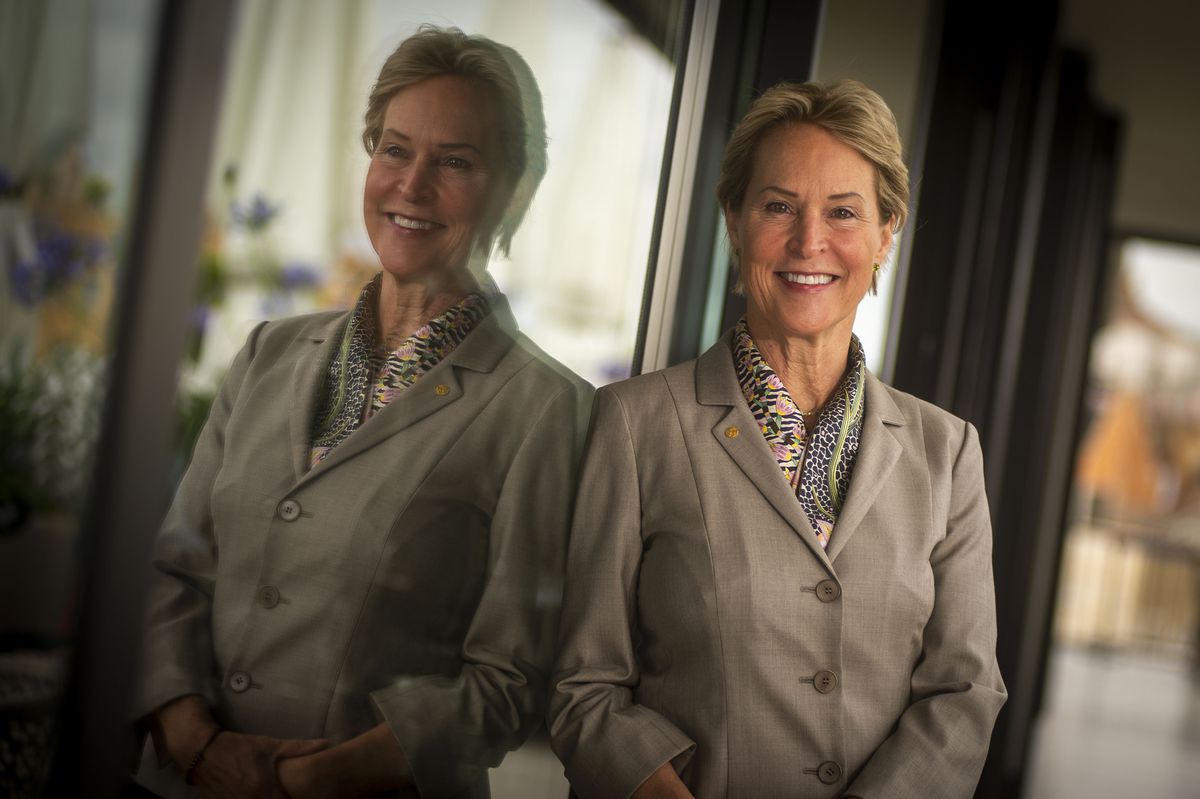 A few months after the death of Spanish dictator Francisco Franco, a 19-year-old American landed in Madrid for a summer internship at Westinghouse, the manufacturer of the first nuclear reactors in Spain. The engineering student has moved into a shared apartment in Ibiza Street, next to Retiro Park. “I had a wonderful summer in Madrid in 1976,” recalls Frances Arnold, now 64. “I was young, the new Spanish democracy was young… It was a constant celebration.

Born in Pittsburgh, Arnold had previously worked as a waitress in a pizzeria and a jazz club, as a receptionist and taxi driver. In Madrid, she begins to devour the works of the Argentine writer Jorge Luis Borges, dictionary in hand. She even compliments Borges for helping her win the Nobel Prize in Chemistry in 2018.

Arnold’s work focuses on directed evolution, which means that she raises proteins like others raise dogs. it causes mutations in proteins and selects those which interest it the most. The resulting molecules, according to the Nobel Prize award statement, “To solve the chemical problems of humanity”, such as the production of renewable energy. Arnold, a chemical engineer at the California Institute of Technology (Caltech), has just returned to Spain to participate in the Princess of Girona Foundation Awards ceremony in Barcelona.

Question. Frances Arnold living in Madrid in 1976 … what was she like?

Reply. Curious. She wanted to know everything. Spanish language, Spanish culture, Spanish cuisine, tapas, music, literature. She read all the time. She absorbed a lot of information.

Q. You had previously worked in Pittsburgh as a taxi driver.

A. Yes, I was one of the few female taxi drivers. There were these huge yellow cabs and the streets of Pittsburgh are very narrow. I learned to cope and to maneuver in difficult circumstances.

A. I didn’t even think about it, I thought I could do everything, like all 18-year-olds. It is only later that we learn our limits.

Q. Being a taxi driver is usually not on the curriculum vitae of Nobel Prize winners. Do you know if there are other former taxi drivers who won this award?

A. I doubt I’m the only one, because most of us had to make our way to college. It was not uncommon for young people to work. In a pizzeria you were paid 75 cents an hour, but as a taxi driver I made two or three dollars an hour. It was much easier to make money. I also worked as a taxi driver for two years in Princeton.

“I thought I could do anything, like all 18 year olds. It is only later that we learn our limits “

Q. You also worked as a cleaning lady for the philosopher of science Thomas Kuhn.

A. Yes, Thomas Kuhn had a piece of embroidery hanging on the wall that said, “Bless this paradigm. He was never at home because I went to do the housework during the day.

A. No, I only learned that he smokes too many pipes. [Laughs]

Q. You said in your Nobel speech that Jorge Luis Borges had a great influence on your work. In what way?

A. One of Borges’ stories, The library of Babel, is the best description I know of a universe of possibilities. If you pick random letters of the alphabet and put them together in a book, you usually get gibberish. The same goes for DNA – our book of life. This frustrated the librarians of The library of Babelbecause they could never find a particular book. If you have a library with all the possible books, you can’t find anything that makes sense. On the other hand, if you think of all the possible books in life, you can find the ones that make sense just by scratching the bottom of your shoe. The library of the books of life is as big as that of Jorge Luis Borges but the books that make sense are everywhere, thanks to evolution. Evolution has already walked through all the possibilities and found the ones that code life, so we can find these beautiful books everywhere. Jorge Luis Borges described the dimension of possibilities and [Charles] Darwin figured out how to navigate this library.

Q. The story of The library of Babel is required reading in your molecular engineering courses at the California Institute of Technology.

A. Yes, the students love it. If you read The library of Babel you understand what the word big means.

Q. When you were young you were not at all interested in chemistry and yet you ended up winning the Nobel Prize in chemistry. Do you have a message for young people who are not attracted to chemistry?

A. Life is long and you can have many different lives. You can learn a lot of different things, and you never know when they will be useful, so learn as much as you can and combine your knowledge in new ways. Adapt, be flexible, and never stop learning.

Q. What uses of directed evolution can we see in everyday life?

A. I wanted the world to use it. I didn’t think I had the right to own evolution either. You can patent very specific methods, but you cannot patent a general idea, and I felt the general idea was so obvious and important that the world should benefit from it.

Q. Do you regret it? You could be swimming in the money now.

A. I have no regrets. I am not interested in swimming in the money. I am much more interested in the world that uses this very powerful process.

Q. You said in your Nobel speech that the code of life is like a symphony. Do you think there is a Beethoven, a God, who wrote this code?

A. I think evolution wrote the code.

Q. How do you imagine the future with directed evolution?

A. My dream is to stop using dirty human chemistry for our daily needs. What we wear, where we sit, what we burn in our cars … All are products of human chemistry. If we could switch to clean, efficient, circular, sustainable biological chemistry … Encode bacteria in the ability to do what you want. I dream of getting out of polluting methods and adopting really clean alternatives.

Q. Do you think the chemistry is dirty today?

Q. The chemical industry tries to project a clean image.

Q. What are you working on now?

A. Evolution, for about four billion years, has done everything in the biological world, but it is now a thing of the past. Chemists can now explore completely new things using evolution. I’m not talking about optimization, which we did in the past. take something that already exists and improve it, like with laundry detergent. I’m talking about creating something completely new, new chemistry, with chemical bonds that nature never created. Carbon and silicon bonds, for example. Here [gesturing to the rooftop of a Barcelona hotel] there must be about fifty products with carbon and silicon bonds, all made with dirty human chemistry. If we could code that into DNA, we could do the same with clean chemistry, but no one has found an enzyme in nature that creates this bond between carbon and silicon. So I succeeded thanks to evolution.

Q. Last year you had to retract from a study published in the journal Science because your results were not reproducible [the work contained errors meaning the results could not be recreated]. You tweeted, “It’s painful to admit, but important to do. I apologize to everyone. I was a little busy when this was submitted and didn’t do my job well. What happened in this study – did the first author invent the data?

A. I don’t want to talk about this. I made it very clear that I was responsible. It is my responsibility.

Q. Your apologies have been celebrated. Why did people have this reaction?

A. The first reaction was: “Take away the Nobel Prize”. It lasted about six hours, because after that everyone said, “Wait a minute, it’s good to admit a mistake and correct it. I didn’t want the students to waste their time trying to reproduce what I had published. It wasn’t fair. It was much easier to admit it publicly so that no one was wasting their time. People will forgive you if you are honest because they know people make mistakes.