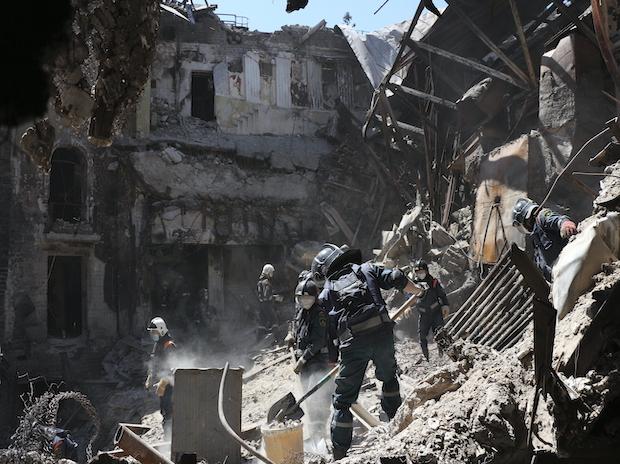 Attempts to bully nations into taking sides in the ongoing war between Russia and Ukraine are unacceptable, a South African minister has said, accusing some countries in Europe of adopting a condescending attitude towards the ‘Africa.

South African Minister for International Relations and Cooperation Naledi Pandor received on Monday US Secretary of State Antony Blinken, who is on a tour of three African countries.

Blinken arrived in South Africa on Sunday, in what analysts describe as an attempt to counter growing Chinese and Russian influence in the region, following Russian Foreign Minister Sergei Lavrov’s visit to Africa last month. last.

This is Blinken’s second trip to the continent.

Pandor said she was happy that Blinken confirmed that the United States had not asked South Africa to choose sides (between Russia and Ukraine).

But she acknowledged that her government had come under pressure from some countries in Europe to align themselves with their policy towards Ukraine.

But in terms of our interaction with some of our partners in Europe and elsewhere, there has been a sense of condescending intimidation of you choosing this or the other,” she said.

She also criticized a US bill, which she said could penalize African countries for failing to respect the Ukrainian conflict, known as the Countering Malign Russian Activities in Africa Act.

The recent legislation passed in the United States House of Representatives seemed to us (to be) a most unfortunate piece of legislation. When we talk about freedom, it means freedom for everyone. You cannot say that because Africa is doing this, then you will be punished by the United States. We hope the other House will not agree to such offensive legislation, Pandor said.

The Minister said it was important that all respect the different opinions of different nations.

We are, after all, sovereign nations recognized as equal under the Charter of the United Nations. We may differ in terms of economic power and economic ability to influence developments in different parts of the world, but what will make the world work is if we respect each other.

One thing I really don’t like is being told: You choose this or the other!, reaffirmed Pandor.

Relations between South Africa and the United States were strained after South Africa remained neutral in the face of the Russian invasion of Ukraine.

The Minister said that Russia was a very negligible economic partner for South Africa.

Our trade with Russia is less than $4 billion a year, compared to $20 billion with the United States. So this fear that we exist under a putsch is a completely unfounded belief of the relationship we have with either country, Pandor claimed.

We were very clear that we advocated peace because we knew what would happen. We knew there would be destruction, death and desolation; and that’s what we all see. Let us make every effort to achieve peace, said Pandor.

We believe that together we can achieve more progress for the people of our two countries and many others on a whole range of issues that matter most to their lives and their future, he explained.

Blinken cited health, climate, infrastructure and trade as the four main areas the two countries would focus on.

We shared the concrete steps we will take to deepen our cooperation. Our countries stand ready together to advance progress in the region and the world, he said.

We don’t want an unbalanced or transactional relationship, he said. Blinken said there is a narrative that Africa as a whole is the last playground between the great powers.

That’s basically not how we see it. The truth is that South Africa is a powerful and dynamic country that is helping to write the future of the region and the world, he added.

(Only the title and image of this report may have been edited by Business Standard staff; the rest of the content is auto-generated from a syndicated feed.)