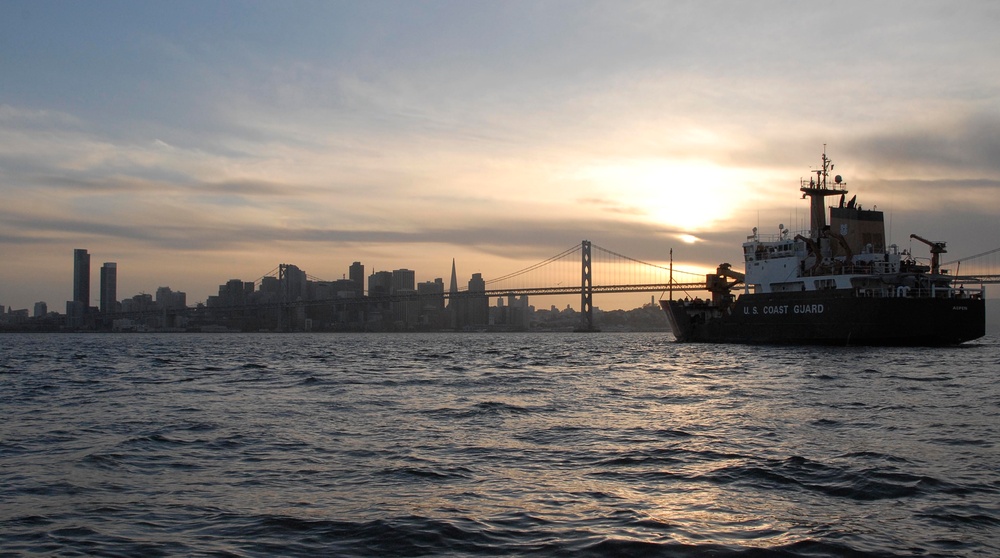 Coast Guardian Aspen (WLB 208) and her crew departed the Bay Area Monday for the last time as a San Francisco-based Coast Guardian and are on their way to the Coast Guard shipyard in Baltimore to undergo major maintenance and overhaul.

This marks the end of two decades of service along the California coast for the Aspen as one of the nation’s 16 Juniper-class marine buoy tenders. The 225-foot vessel and her crew of 48 have been stationed on Yerba Buena Island since September 28, 2001.

Aspen’s area of â€‹â€‹responsibility encompassed the coastal areas from the Oregon-California border to San Diego. In addition to its primary buoy call operations, the cutter also has a long history in search and rescue, drug and migrant interdiction, and marine pollution prevention and response missions. Since 2005, Cutter has worked with U.S. partners in Mexico to ban tens of millions of dollars worth of illicit narcotics in support of SOUTHCOM and Joint Interagency Task Force South goals, most recently banning $ 3.2 million. dollars worth of cocaine in 2017. In 2007, Aspen responded to the Cosco Busan oil spill in San Francisco and the Deepwater Horizon oil spill in the Gulf of Mexico in 2010 to help with the oil spill cleanup efforts.

The crew is expected to travel approximately 6,000 miles in 40 days and pass from the Pacific Ocean to the Atlantic Ocean via the Panama Canal. The Aspen is expected to undergo a 12-month Major Maintenance Availability (MMA) review of $ 20 million.

MMA is a scheduled dry dock event at the Coast Guard Yard, the first such major availability in the life of this class of ship. The availability will recapitalize many of the ship’s critical systems, to include complete crane replacement, top preservation work, and technology upgrades. The uptime is designed to ensure that the bur can reach its expected life of 30 years. Aspen will be the 11th 225-foot Juniper-class buoy tender to begin the MMA period.

The Coast Guard Cutter Alder (WLB 216), formerly domiciled in Duluth, Minnesota, is expected to be returned to service in the summer of 2022 by the former Aspen crew and repatriated to San Francisco. Aspen’s intended final destination will be Homer, Alaska, in early 2023.

â€œIt has been a privilege to serve along California’s rugged and often austere coastline; the beauty is unparalleled, and the winds, current, fog and constant swells off the Pacific Ocean continue to shape us as stern teachers, the lieutenant commander said. Paul Ledbetter, the commander of Aspen. â€œThe United States is and always has been a maritime nation, and my crew relishes the challenges of keeping the marine transportation system operational as a WLB. We look forward to continuing to serve this great country when we return to San Francisco aboard Coast Guard Cutter Alder next year. “