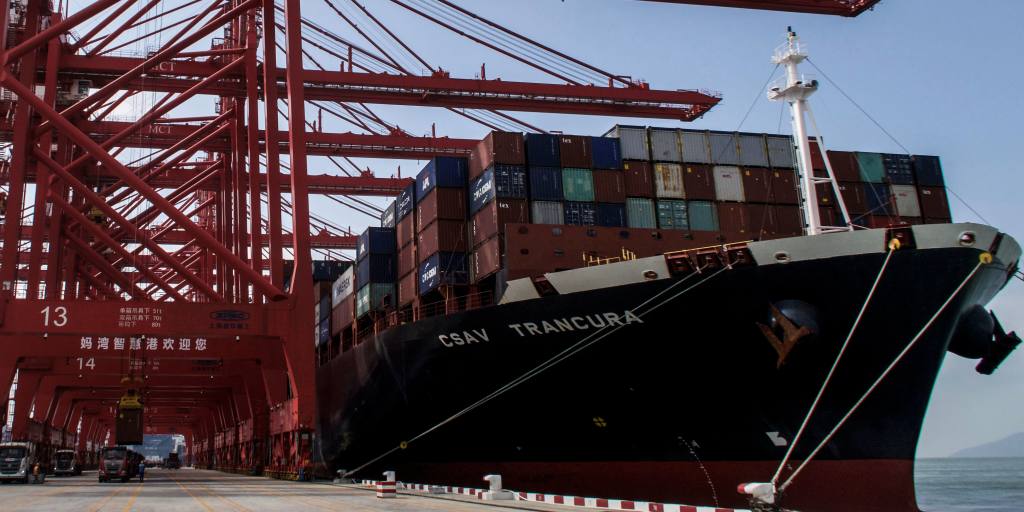 SHANGHAI – China’s gross domestic product growth slowed to 7.9% yoy in the April-June quarter after peaking at 18.3% in the previous three months, signaling the halt of the V-shaped recovery of the COVID-19 pandemic.

Thursday’s figure, released by the National Bureau of Statistics, exceeded the median 7.7% expansion predicted by 29 economists in a Nikkei poll.

The rapid deceleration was underscored by a 0.5% reduction in bank reserve requirements, effective Thursday, which aims to increase lending to small and medium-sized businesses.

Only 26% of Chinese companies polled in June expected an increase in business activity over the next year, down slightly from 28% in February, according to IHS Markit’s business outlook released on Monday. This was below the global average of 38%.

The investigation blamed risk factors, including uncertainty over the course of the pandemic and expectations of higher trade costs.

China’s second-quarter growth was supported by exports, as its trading partners relaxed lockdowns and vaccination campaigns intensified. In dollars, exports rose 31% while imports jumped 43% despite sporadic outbreaks of coronavirus at the manufacturing plant in Guangdong province.

But Chinese customs officials have warned that trade could slow in the coming months due to the effects of strong growth last year and lingering uncertainties caused by the pandemic.

On a quarterly basis, the world’s second-largest economy posted slower growth of 1.3% in the second quarter, reflecting the uneven recovery between economic sectors.

Industrial production rose 8.9%, down from the 24.5% rebound in the first quarter. The slowdown was caused by a drop in mining, but partially offset by high-tech manufacturing. Growth in sales of consumer goods, a barometer of household spending, slowed to 13.9% from 33.9% in the first quarter.

In the first half of the year, GDP jumped 12.7%, supported by investment in fixed assets, which rose 12.6%. Growth has been helped by investments in infrastructure and the manufacturing sector, especially in high-tech industries. China’s urban unemployment rate remained at 5% in June, unchanged from the previous month and 0.7% lower than the same period last year.

The government forecasts GDP growth of 6% for the whole of 2021.

NBS spokeswoman Liu Aihua said that while the national economy experiences a sustained recovery and improvement in the first half of 2021, “destabilizing factors” such as the evolution of COVID-19 remain a threat.

Liu echoed the recent assessment by Premier Li Keqiang, who warned of “new things and problems arising in cross-cycle regulation,” citing the impact of soaring commodity prices on businesses. . Li addressed a forum of economists and entrepreneurs on Monday, urging continued efforts to contain the pandemic and guard against potential cyclical risks to support growth. 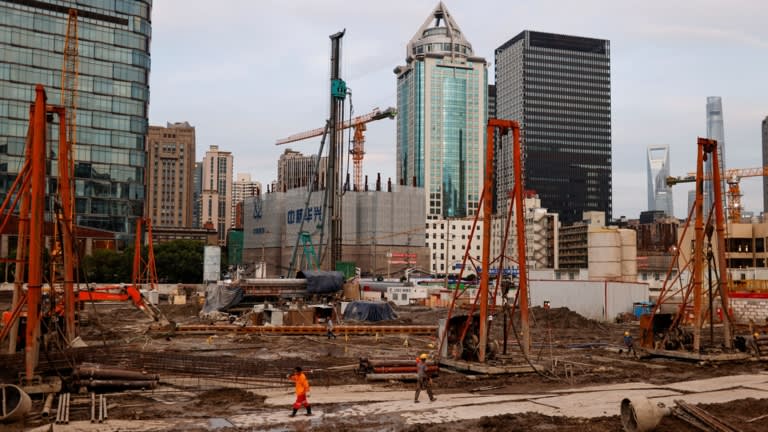 Workers work at a construction site in Shanghai on July 12. © Reuters

The government is fighting sporadic outbreaks of COVID-19 in Yunnan province, which recorded five local cases on Wednesday. China administered more than 1.4 billion doses of the vaccine on Tuesday. The government aims to achieve collective immunity, by vaccinating 70% of the population, by the end of the year.

“These factors all outweigh consumption as households have little money and time to spend. Stimulating domestic demand will be a challenge as unemployment has stopped falling for two months. Thus, we expect that in the coming months, bank loans will favor large employers, ”Su said. .

Despite the slowdown, growth is on track, according to economists at HSBC Global Research, with a rebalancing towards growth driven by private demand. The decline in bank reserve requirements on Thursday should be seen as support for “weak links in the recovery of growth”, and not as a sign of a change in monetary policy from Beijing aimed at halting the slowdown in growth.

The unexpected move by the central bank, which freed up 1,000 billion yuan ($ 155 billion) in liquidity, fueled speculation about further monetary easing.

Nomura economists said another reduction was unlikely this year. “We believe that the People’s Bank of China will rely more on its lending facilities, such as the medium-term loan facility, re-borrowing and rediscounting to provide long-term liquidity, if necessary, to meet the lending period. future increase in government bond issuance [to] offset the pain of rising commodity prices for the real economy, ”Nomura wrote on Thursday.